The Workplace and the Great Resignation In early 2021, employees around the world began to voluntarily leave jobs that didn’t support their needs or match their values. In the United States alone, 4 million people resigned in April – followed by an additional 3.6 million in May, and 4.4 million in September. This collective movement became known as the “Great Resignation,” or in some instances, the “Big Quit.”

Initially, the Great Resignation was predominantly constrained to those working in industries such as retail or catering. For these essential workers, there was no possibility of hybrid or remote work, even in the midst of a pandemic. When faced with a global shift in the way people lived their lives, those employees expected flexibility rather than rigidity, and safety rather than unmitigated exposure to the dangers of COVID-19. Additionally, many employees began to seek out a working environment that shared their values and had more engaging workplace cultures. When people didn’t receive these necessities from their current employers, they took matters into their own hands and walked out the doors.

In the months since, the Great Resignation has evolved to affect employers and employees around the world, regardless of industry, role, or pay grade. Employers are facing a point of no return, with 48% of the working population in the U.S. actively seeking new employment, according to a recent Gallup survey.

The Great Resignation was precipitated by several factors. Money, of course, plays a role. But the leading causes of such a mass professional exodus are more complex – and, to employees, more important. A Bloomberg poll, for example, shows that 40% of “white-collar employees” would rather leave their job than return to the office full time. Flexibility and hybrid workplaces, then, must be seen not as a perk, but a demanded – and therefore necessary – benefit.

Then there’s engagement, for which Gallup reveals that “it takes a 20% pay raise to lure most employees away from a manager who engages them, and next to nothing to poach most disengaged workers.” Poaching aside, disengaged employees also see the highest quit rate among workers worldwide.

Those employees who are disengaged yet remain in their current positions, meanwhile, cause companies to lose money – and a lot of it. “The lost productivity of not engaged and actively disengaged employees is equal to 18% of their annual salary,” the study states. For a Fortune 500 company that employs 100,000 people at an average salary of $50,000 per employee, this equates to $900 million per year – a staggering number that would make any organization take notice.

Safety in the workplace is also an area of employee focus. Workers now expect their organizations to do due diligence in creating measures that protect them, physically and psychologically, from myriad potential health threats, COVID-19 currently chief among them. Three out of five employees, for example, prefer to work for an employer that has a vaccine mandate in place, according to Safety + Health magazine. They will also “demand psychological safety to voice when they are at, or approaching, workload capacity.”

This supports what Gallup says regarding the Great Resignation: It’s a workplace issue.

The Cost of Resignation

Each resignee from The Great Resignation leaves companies in a deficit. Some may be more complicated or larger than others, but whatever their shape or form, they take time, money, and other valuable resources to fill. This is not to mention lost talent, which in many cases could leave your organization for a spot with a competitor.

Resignation, then, has a cost. Thus, it is especially important to listen to what employees want. To do otherwise is financially irresponsible.

“The cost of replacing an employee can be anywhere from 50% to 200% of their salary,” a recent FastCompany article states. “Retention is obviously the key to cutting that cost, and workforce data show that the best ways to increase retention have to do with company culture. Continuous feedback, employee recognition, celebrating individual and team accomplishments, and just building a more human workplace all have measurable bottom-line benefits because they all strengthen employees’ emotional ties to each other and the organization.”

Again, we return to Gallup’s thought regarding the Great Resignation: It’s a workplace issue. Only the workplaces that are prepared to personalize their strategies and support the modern workforce will persevere.

Wondering how we can help your workplace attract and retain talent? Download our latest industry guide today. 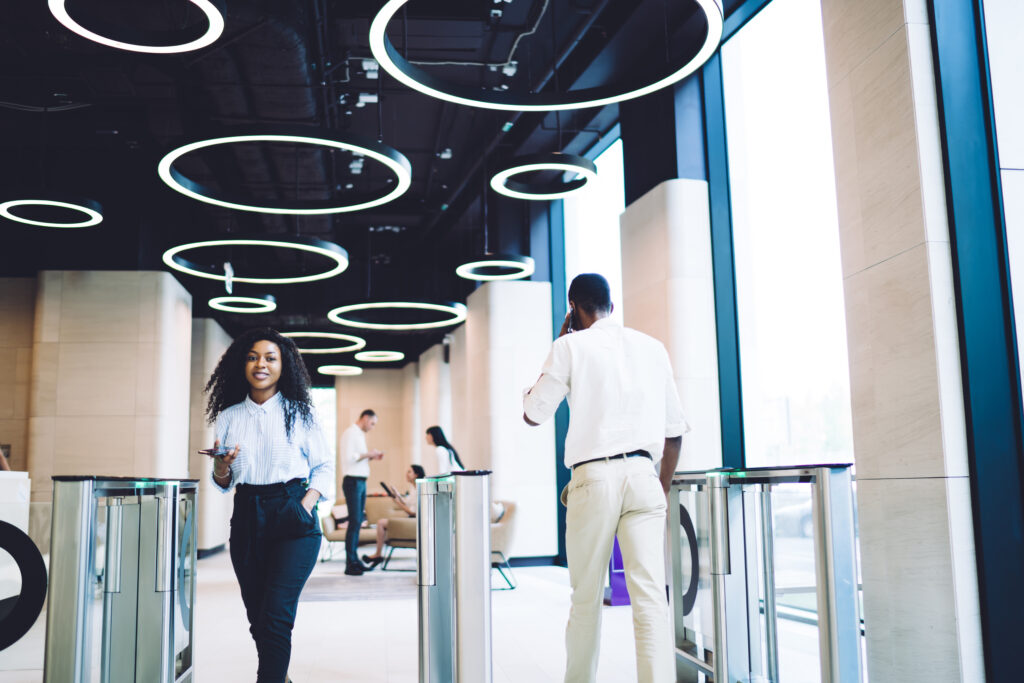 In 2023, Make the Workplace Work for Everyone

Reading Time: 3 minutes Soon after the start of the pandemic, some analysts predicted…